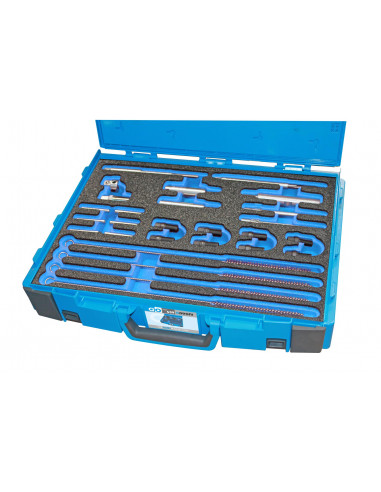 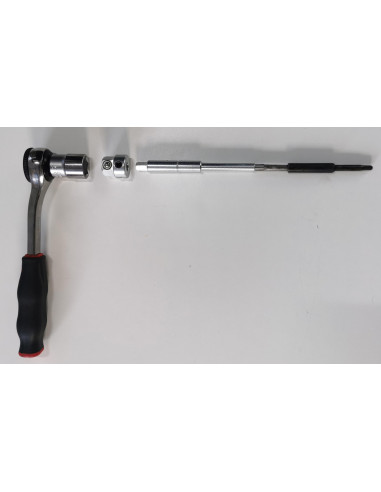 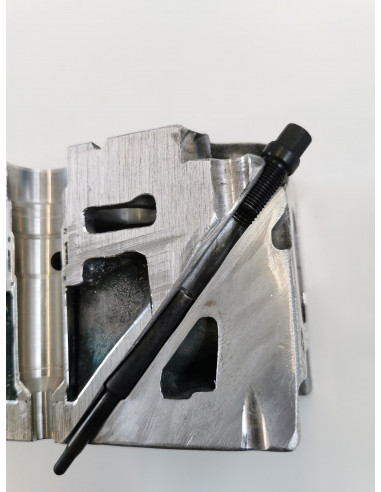 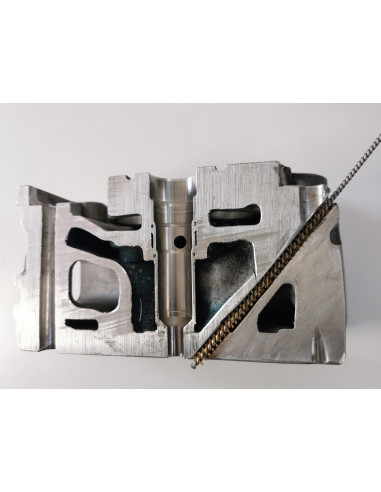 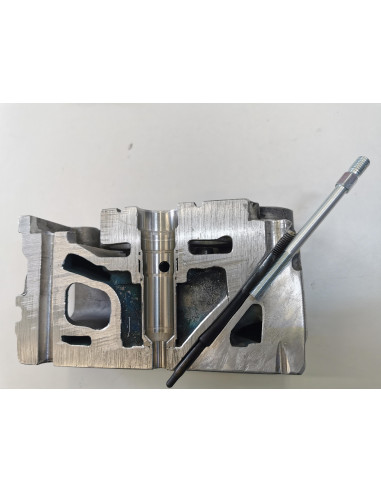 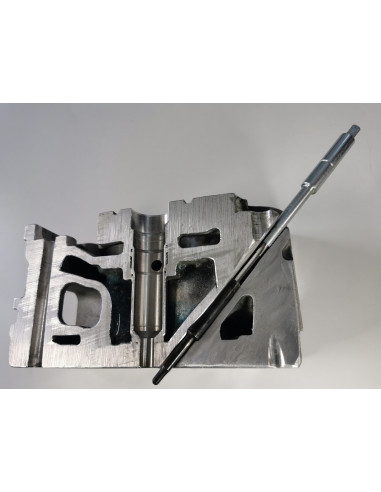 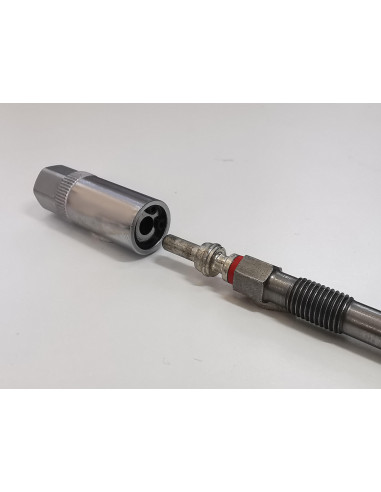 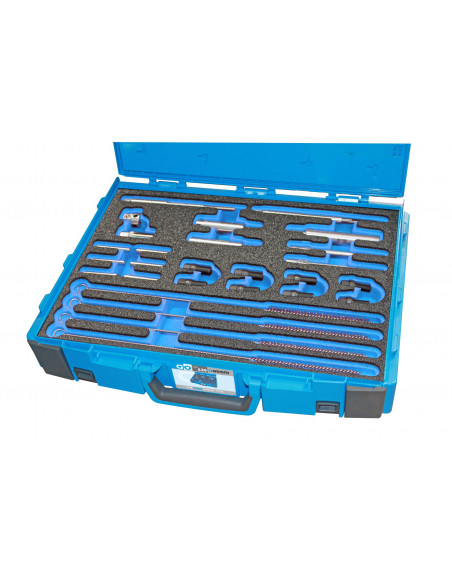 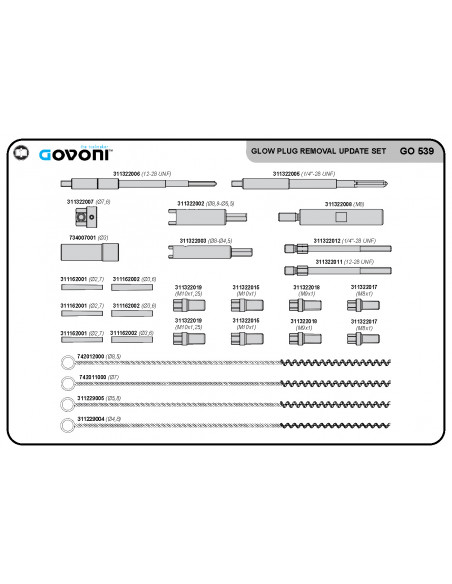 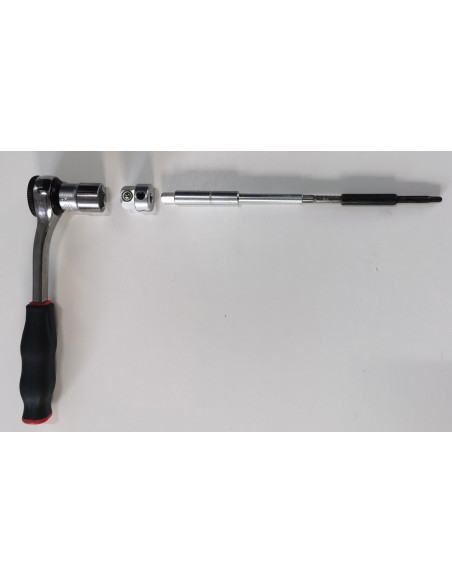 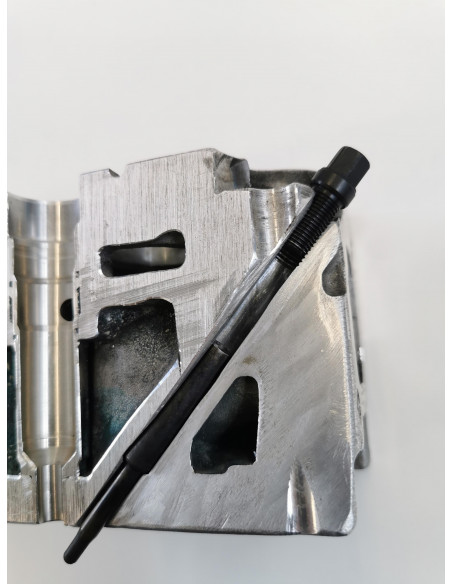 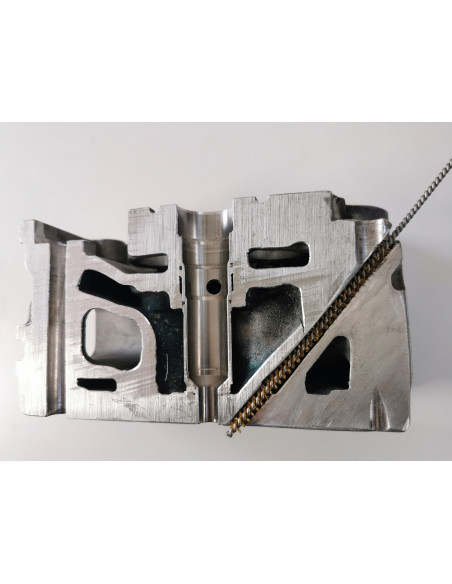 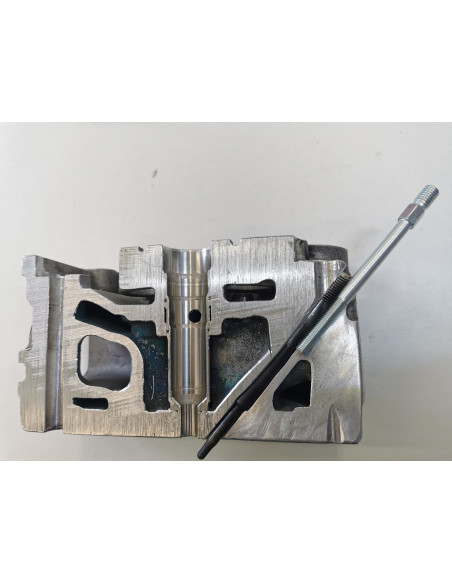 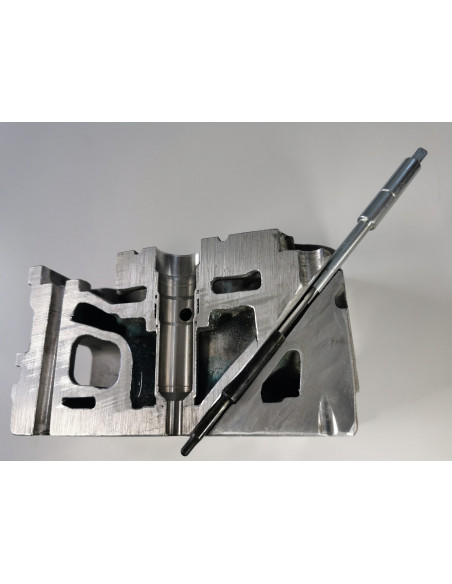 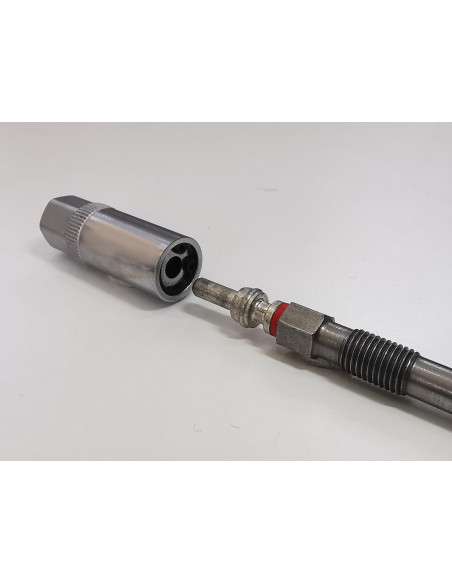 Useful addition to existing Govoni glow plug tip sets and to all complete ranges specific for diesel engines and vehicles.

Particularly interesting when the glow plug breaks several times during the extraction phase with the standard removal tools and a new grip thread must be created deep inside the glow plug.

Threaded plugs are used to temporarily close the inlet hole of the glow plug in the cylinder head.

The engine can be started with the result that the glow plug residue in the duct, the heat produced by the engine is expelled. Subsequently, the residue (dust, soot etc ...) can be removed without problems with the tools contained in the kit.